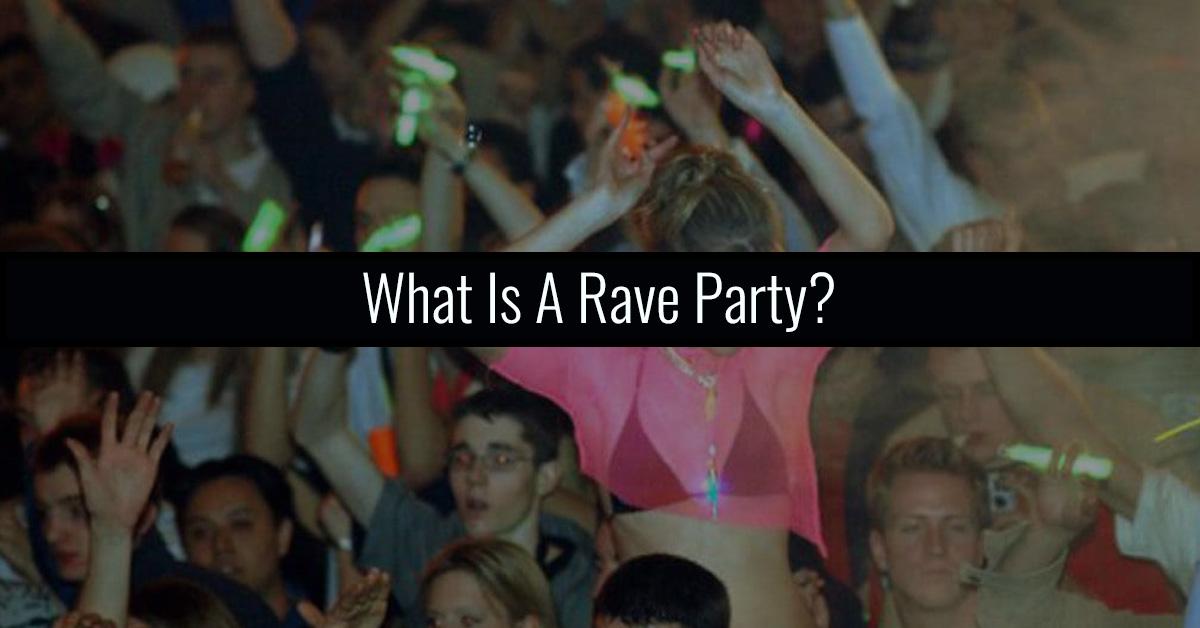 What is a rave party? You ask. Rave parties have their place in cultural history. Originally believed to have derived from the Jamaican culture because of their roots in wild, hapless and non-conformist partying habits, it has since been established that the term “rave” was given birth and really made its presence in the 1980’s in the United Kingdom. The 80’s decade saw thousands of Londoners being arrested for disturbing the peace, drugs, nudity and other outrageous behaviors.

Rave parties became weekend events in the U.K and often times made headlines and by the late 80’s word had spread so rapidly about these spontaneous, wild parties that people were showing up in the tens of thousands to attend, often beginning their partying early Friday afternoon and carrying on until late Sunday evenings. It was in the late 80’s that word of these erratic and feral celebrations reached the United States and other countries and rave parties began popping up first in bigger cities such as San Francisco, Los Angeles, Miami and everywhere in between.

The early 1990’s rave parties were prevalent throughout the United States and mainly consisted of young adults who idolized techno music, loud and abrasive colors and glow sticks. Once held in secret clubs (often during the first rave parties guests were invite only and the locations were undisclosed) rave parties were now being held in clubs everywhere and attendance under 100 people doesn’t even qualify as a true rave event.

Rave music generally consists of techno, house style and grunge music, most of it electric and often times angry. This would make sense if rave history is examined carefully as in the 1980’s the United Kingdom was very much communistic and youths were looking for anyway to revolutionize themselves and wanted to be heard. Rave parties offered a venue for them to be loud, rowdy, self serving and dance off their frustrations. Other popular music for rave festivities is acid trance and hard, bass heavy techno. Rave music tends to be out of the norm and non-commercialized music, much of it adopted from bootlegged or underground bands not yet heard on the radio-or at all yet.

What is a Rave Party Today

What is a rave party today, well things have changed.

Rave parties typically range from 30 to 200 (though out of control attendance is also popular) teenagers and people up to their mid to late 30’s (again, this varies) all decked out in colorful and loud clothing. Ravers love clothes that reflect the light and are often dancing with glow sticks, LED lights, fire sticks and other paraphernalia that is light reflective and eye catching.

Bottled water, sports drinks and most recently energy drinks such as Red bull and Monster are generally associated with rave parties to help attendees stay awake and energized for the all night affairs, as well as being preventatives of hypothermia during outdoors raves and dehydration. Pacifiers are often seen at these parities as well to prevent teeth from chattering involuntarily (a side effect of both ecstasy and the cold weather).

Rave parties have lost some momentum in the last decade due to the cultural shifting as well as the dangers associated with them. Hundreds of rave party related deaths have been reported over the last 30+ years, as well as innumerable arrests and rave party busts. Still, thousands of faithful ravers still remain, and rave parties still are held in various night clubs, open venues and abandoned buildings.

Subscribe our newsletter and get notified about new products and discounts. We never send emails unless we have a discount or a new product.