LED clothing is for everyone! A well stitched, tailored dress might get the attention of some people but if you really want to stand out, nothing works better than clothes that illuminate. Fashion statements have just gone on to another level with the introduction of led lights in fashion. This trend didn’t just stop at clothes with lights, but its advancing everyday with clothes with flashing lights and motion detectors that can light up, better yet, even change color. The mixture of technology with fashion is producing some pretty incredible results, the clothes with lights being one of them.

Even though these types of clothes were originally designed for performers and celebrities, but as the trends change, marketers are adding this to everyday wear, targeting common people. These dresses aren’t just for runways or for celebrities anymore. People are seen wearing them at parties, raves, festivals, concerts and more. Light up clothing has started a trend of its own, specially at events, where they have become a necessity.

Celebrities have been among the first to showcase the new light up fashion. Katy Perry, being one of the most influential fashionista, followed by millions of people all around the world, might have been one the many first trend setters to wear an LED dress, she made an appearance, wearing a breath taking gown by the company CUTECIRCUIT, which featured brightly illuminating colored rope lights, at the 2010 Met Gala. The company decided to take things up to another level when they were commissioned by EE, U’K’s first 4G network, to make a dress for the popular Nicole Scherzinger. Featuring 3000 Swarovski crystals and 2000 LED lights, the dress was the ultimate fashion and digital masterpiece. Moreover, it displayed tweets that were tagged in real time.

Now illuminate clothing is being targeted to the average customers by various companies, people are now demanding their own technological advanced apparel. This started off as a high end fashion but it seems like everyone wants a piece of light up clothing. Even though the previous generation might have considered this trend a little weird and these companies would never have been able to target them. Nowadays, people want their own identity, something that would make them appear apart from the rest, something that would differentiate them, so they aren’t intimidated by trying out new trends that might appear a little crazy at first. They want to try things that are out of the box, traditional and orthodox approaches to life are now a thing of the past. For them, it is like art, a form of expression. There is a cultural shift is fashion, younger people, generation I staking over. 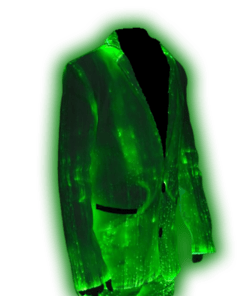 Light Up Jacket Made With Fiber Optic Fabric 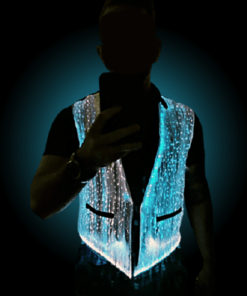 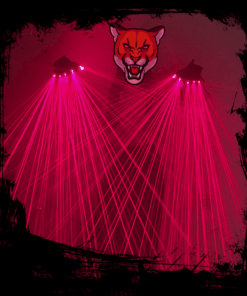