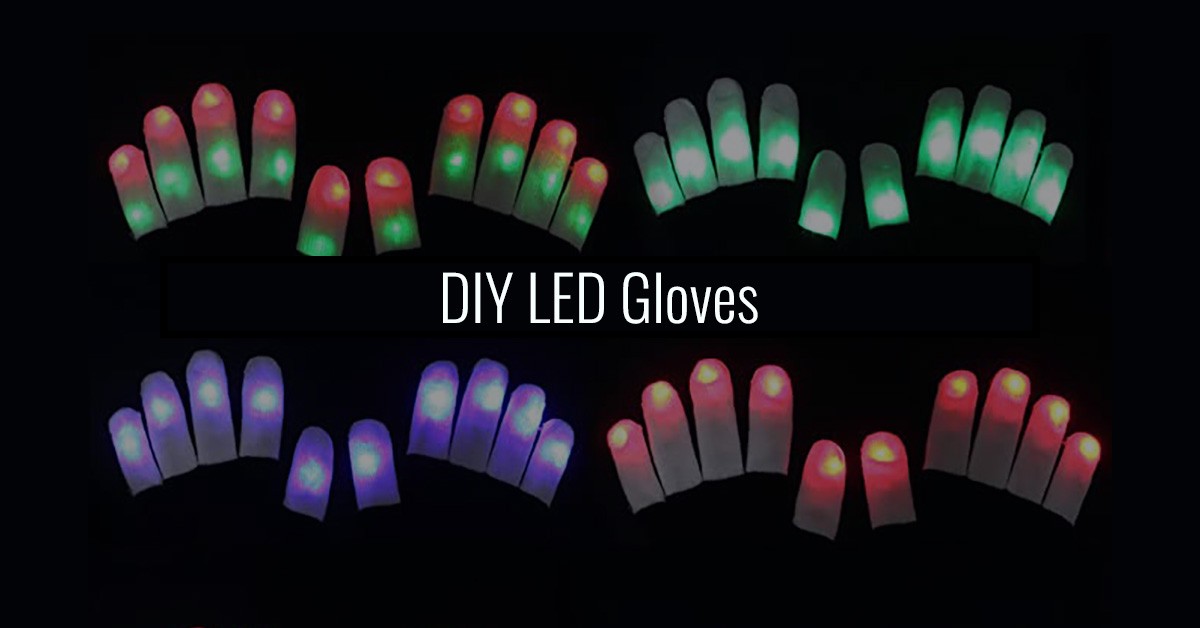 DIY LED gloves have multiple colors in each finger tip like red, blue and green. You can control the flashing with the push of a hidden button near the wrist. Each glove has six lighting modes, so you can flash them in any pattern that you like. The lighting modes include slow flash, rapid flash, steady on, flashing all green, flashing all blue, and flashing all red. There are two lithium batteries used in each glove. These cotton gloves are stretchy, smooth inside and can fit almost any hand.

If you are having a party or concert, you must have LED gloves. Your fingertips will have amazing colors; you can light up the night without carrying anything. It has a magical effect that will look awesome in the dark. You can make crazy patterns with your hands. Just keep moving with these LED gloves and this will stand out over half a mile away.

You can outdo people dancing on the nightclub with these glowing gloves. DIY LED gloves are the right accessory for you. It can transform your moves on the dance floor into a brilliant light show. This is also perfect for Halloween, high school cheer dance routines, and even late night jogs.

It is good to understand the advantages of LEDs or Light Emitting Diodes. These types of lighting have a very long life. It has no mercury or other toxic content making it safer for use. It does not include infrared light and does not emit ultraviolet radiation. The small bulbs never generate heat; hence it is cool to touch. These do not generate radio frequency waves; hence it doesn’t interfere with television or radio broadcasts. These are resistant to vibrations and shocks. And these make great colored lights, which are found in the LED gloves.

DIY LED Gloves and How to Make Them

Subscribe our newsletter and get notified about new products and discounts. We never send emails unless we have a discount or a new product.